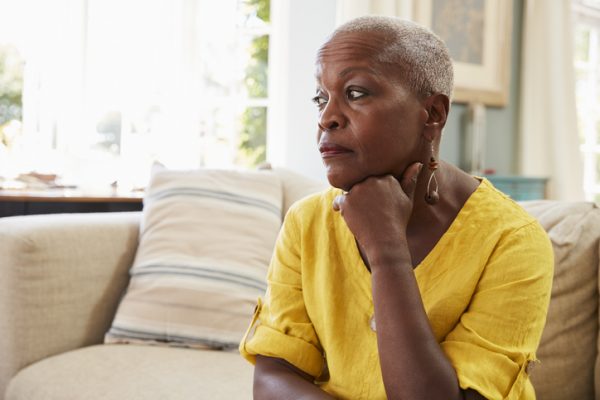 How can we overcome negative beliefs about mental health and treatment? For many people, the stigma associated with engaging in mental health therapy is a barrier preventing them from receiving services to help address depression, anxiety and other problems interfering with their well-being. While the mental health system didn’t intentionally create the stigma that separates people from care, the systemic exclusions and cultural myopia that grew from its origins have caused it. It’s as if you were told, ‘the solution to your problem can be found on the other side of this chasm, but there’s no bridge to help you across.’ Millions of underrepresented people — largely Black, Latinx, LGBTQ+, and disabled communities — are stuck on the edge of the chasm. It’s our responsibility as mental health professionals, and the responsibility of the system, to build the bridge.

The great divide was cleaved from the beginning. The practice of traditional talk therapies, including cognitive behavioral therapy (CBT) which is the gold standard treatment for many mental health difficulties, was initially developed to accommodate a clientele with discretionary income and time — people with the financial and professional independence to meet regularly face-to-face with a therapist. That socioeconomic threshold led to a culture of the haves and have nots: those who were “entitled” to the benefits of care and those who were relegated to suffer in silence. To quote Billie Holiday, “Them that’s got shall get; them that’s not shall lose.” The traditional care model has perpetuated inequities in mental health by preventing many people from accessing high-quality mental health care.

Digital Therapeutics as a Stigma-Free Equalizer

The recent growth of digital therapeutics (DTx) for mental health has begun to bridge the divide. With software as its modality of intervention, DTx’s structural advantages of patient-directed 24/7 access, consistency at scale, and affordability are delivering, in increasing numbers, an effective therapeutic alternative to traditional mental health care, including face-to-face CBT. DTx represents a new generation of mental health care, one in which care is more accessible to those communities that have been traditionally underserved. However, while the gains in logistics and cost are foundational advances, that progress obscures the even greater promise of DTx for reducing mental health stigma, a promise which has largely been sidelined in the excitement over the adoption of DTx. As we have seen during the recent teletherapy boom, marginalized groups continue to be left behind when face-to-face therapy is the norm — in person or over computer. During the pandemic, teletherapy was utilized predominantly by people who had already previously engaged in in-person therapy. Indeed, while mental health problems rose in the past year, the use of mental health care did not. That is, in part, because access alone isn’t enough to combat negative beliefs about what it means to have a mental health problem or to seek mental health care.

The generalized societal stigma surrounding mental health can cause people to avoid or withdraw from treatment due to feelings of shame, fears of being associated with negative stereotypes, a lack of understanding from family and friends, or the perceived “weakness” of help-seeking. These fears and concerns are often brought to the surface when interacting with a therapist — who always starts as a stranger — and are felt more acutely by marginalized populations.

In addition to those external factors, there are private aspects of traditional in-person therapy that contribute to patients stopping treatment, which are more prevalent for underrepresented populations. In one study, 53% of patients of color reported experiencing microaggressions in psychotherapy. Further, the invasiveness (and often repetitiveness) of the personal-history intake process, distrust of the healthcare system based on historical and ongoing discrimination and bias, and the labeling of mental health struggles as a disorder often become impediments dissuading the very people who experience the highest stress burdens from seeking or remaining in care. As a psychologist who is a Black lesbian woman, I have experienced first-hand both the systemic and practitioner biases that discourage many people like me from engaging in treatment. The biases that are often invisible to those inside the system are all too visible to us.

Can DTx Finish Building the Bridge to Inclusion?

It comes down to this: If developed with intention and within a culturally-responsive framework, DTx won’t judge or discriminate. The properties of DTx that offer mobility, access to evidenced-based solutions, and low cost also carry the additional benefits of privacy (reducing the patient’s worry about exposure to public judgment), consistency (reducing the risk of experiencing microaggressions from a live therapist), and impartiality (reducing the judgment associated with the labeling of a clinical disorder). What’s more, the entertaining nature of DTx, along with a skills-based approach translated from traditional CBT, can appeal to populations who feel they don’t have the luxury or desire to sit in a therapist’s office and talk to a stranger. When applied thoughtfully in software that is available to people when and where they can engage in a way that addresses their specific needs, digital CBT can facilitate greater equity in clinical outcomes.

But while DTx’s nature obviates the presence and cultural biases of a person sitting across the room from the patient, software, too, is developed by people whose own biases can be reflected in its programmatic choices. DTx is still in its early days with a long way to go, so now is the time for self-examination — to give greater attention to how DTx can differentiate from, rather than replicate, the biases inherent in traditional mental health care. For instance, how is the information presented so that it can be delivered in a culturally-responsive manner? Is it close-captioned? Do its idioms reflect an awareness of the user’s culture? Are their different language options available?

In order for DTx to fulfill its potential to reach underrepresented populations, there needs to be a new standard embraced: creating culturally-responsive development frameworks that put equity at the forefront of user experience. For all populations to engage with therapy that directly targets their concerns without judgment and actually helps them feel better, product development focusing on equity will be the key to building the bridge.